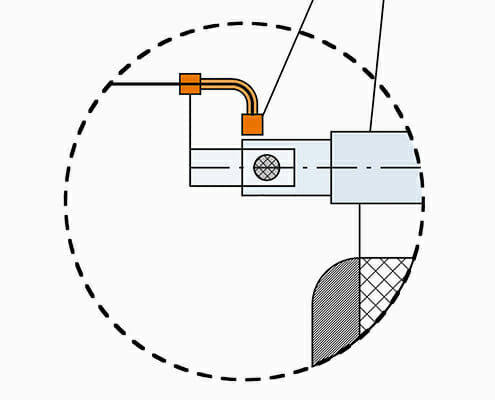 Filtration involves separation of two phases while one phase passes through a media and the other is retained. The retained phase accumulates in the filter and if not removed at certain intervals, it can lead to all sorts of complications, such as difficulties during removal, blocking or even disastrous damage of the filtering device. There were a number of attempts to control or monitor the loading of filters but results have been mediocre. This has to do with the fact that it is difficult to measure phase differences such as solid/liquid-phases inside the filtering device.

DrM now developed and patented a new device which does not attempt to monitor the phase but rather the forces acting on the filtering device. When overfilling occurs the filtering elements are displaced and such displacement is detected and a signal indicates that filtration shall be terminated.

The design incorporates distance sensors which are mounted above certain sections of the filtering device. Displacements of a few mm are enough to activate a signal. 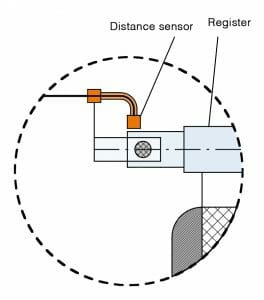 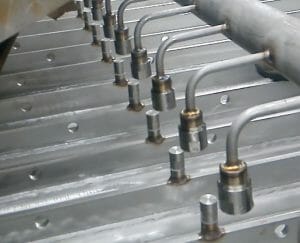